Analysis of the causes of ICT test defects

1. Poor open circuit: (often caused by poor contact of the probe)
The open circuit is only for a short circuit group, for example: there is a short circuit group: (1,4,10,12), ICT test 1,10 open circuit is bad, indicating that the resistance between test point 1 and test point 10 on the PCB is greater 55Ω (or 55-85Ω), you can use a multimeter to verify on the test points on the PCB; possible reasons:
1) The test needle is broken, or the needle type is not suitable for the test point on the board to be tested;
2) There are insulating materials such as rosin on the test point;
3) Missing assembly of one component, poor welding, wrong parts, etc .;
4) The position of the relay, switch or rheostat has changed;
5) The copper foil on the PCB is broken, or the opening between Via Hole and the copper foil is open.
2. Poor short circuit: (Poor short circuit should be treated first, and poor open circuit is often caused by poor contact of the probe)

Poor short circuit means that the resistance of two points (not in the same short circuit group, which should be greater than 25Ω (or 25-55Ω)) is less than 5Ω (or 5-15Ω), which can be verified on a test point on the PCB with a multimeter; possible Reason:
1) Continuous welding (should be found on two NET related welding points);
2) Wrong parts, multiple devices;
3) The position of the relay, switch or rheostat has changed;
4) The test pin touches another device;
5) Short circuit between copper foils on PCB;

The test value deviation is relatively large, the possible reason:
1) The device is broken;
2) The test pin is broken (the devices connected to the pin are out of tolerance)
3) There are insulating materials such as rosin on the test point;
4) The copper foil on the PCB is broken, or Open between Via Hole and copper foil.
5) Wrong parts, missing parts, reverse installation;
6) Poor soldering of the device;

4. Poor IC soldering (tested by T est J et):
The test value is too small, the possible reason:
1) This pin of IC is soldered empty;
2) Poor test needle contact;
3) Open from the test point to the IC pin.
4) The internal defect of the IC foot (very unlikely);
The test value is too large, the possible reason:
1) There is a short circuit phenomenon;
2) The IC is internally defective (very unlikely).

Other:
When the deviation of the R and L test values is 99.99%, the D and Q test values are around 2V, and the capacitance test value is 0, and several devices have the same test pin, the possible cause: the test pin is broken, or Poor contact of the test point, or the copper foil on the PCB is broken, or the opening between the Via Hole and the copper foil
Prev：Fab master operating instructions
Next：How should ICT test needles be maintained?
[Back]
Home About us Products Automation Technology Recruitment Contact us 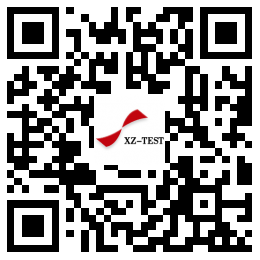 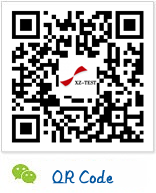